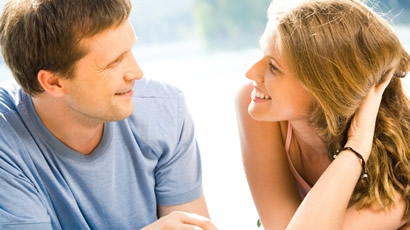 If used effectively, your posture, gestures and voice can assist in everything from landing a job to landing a partner.

Powerful Ways to Use Body Language
1. To Land a Job
Instead of sitting poised in the waiting room, run through a couple of power poses – such as raising your arms in a V, or standing with your hands on your hips – in the bathroom or lift. Research from social psychologist Amy Cuddy has shown that holding these postures for just two minutes can lower stress and increase feelings of power.

2. To Connect with Your Partner
If your significant other holds one of his wrists and raises it in front of his body, he could be feeling hurt or sad. “It may appear that he’s adjusting his watch, but it could be a sign that he’s insecure,” says body language expert Patti Wood. Offer a few comforting words or a hug so he’ll lower his protective shield.

3. To Calm Kids
A slow voice has a soothing effect, while a loud, fast voice can stimulate anger or fear, according to a University of Maryland, Baltimore County, study. Teach your kids these benefits by playing a game with them during which you say a sentence, pausing for five seconds between words.

4. To Entice a Dinner Date
If you want to convey interest, do what match.com, a dating site for singles, calls the Reach. Rest an arm and hand on the table with your fingers pointing to the other person. If you’re not feeling the spark, sit on your hands to conceal them.

5. To Bond at Work
Give a high five. Making physical contact with another person for as little as 1/40th of a second can create a human bond. Touch also boosts oxytocin, which increases feelings of trust, and lowers cortisol, which reduces stress.

6. To Lose Weight
A study published in the Journal of Consumer Research showed that dieters who flexed their arm muscles when offered a choice between a chocolate and an apple were more likely to make the healthy choice than those who didn’t clench their muscles.

7. To Be Creative
Gesture with both hands while brainstorming. When Singapore researchers asked subjects to come up with unique uses for a building complex, those who talked out solutions with both hands had more creative ideas than those who brainstormed with just one hand.

8. To Speak Persuasively
A low-pitched voice inspires confidence from those around you, according to a study from McMaster University in Canada. You don’t have to fake it – relax before speaking by keeping your lips together and repeating mmm-hmm a few times, suggests Forbes’ body language expert Carol Kinsey Goman. Stress can constrict your vocal cords, making your voice come out higher than usual.

9. To Correct A Mistake
Mind your chin, says Greg Hartley, a former US Army interrogator and a body language expert. If it’s too high, you look indignant; too low, you look weak. Keep your chin centred to exude confidence and compromise.

Many of us may find an occasional quote that triggers an “Aha” moment – something said in such a way that the wisdom expressed opens our minds to other possibilities.

Here are some that can be cut out and kept in one place to refer to – some words of wisdom to inspire you when life does not seem to be making sense.

“All truths are easy to understand once they are discovered. The point is to discover them – Anon
Good people are good because they have come to wisdom through failure” – William Saroyan
“Every exit is an entry somewhere else” – Tom Stoppard
“Minds are like parachutes – they work best when open “– Anon
“Winners are not those who never fail , but those who never quit “– Anon
“You miss 100% of the opportunities you never take “– Wayne Gretsky
“Silence is one of the hardest arguments to refute “– Josh Billings
“You have not converted a man because you have silenced him” – John Morley
“The way to get things done is not to mind who gets the credit for doing them” – Benjamin Jowett
“Those who stand for nothing , fall for anything” – Alexander Hamilton
“Success comes when we focus on what is on and let go of what is gone” – Anon
“To live a creative life we must lose our fear of being wrong” – Joseph Pearce
“Be beautiful if you can , wise if you want to … but be respected – that is essential” – Anna Could
“A fanatic is one who can’t change his mind and won’t change the subject” – Winston Churchill
“Even if I’m not asleep , that doesn’t mean I’m awake” – Anon
“Despite the high cost of living , it is still very popular” – Anon
“A friend to all , is a friend to none” – Anon
“Prosperity makes friends, adversity tries them” – Publilius Syrus
“It is nice to be important , but more important to be nice” – Anon
“Success consists not of getting , but of doing” – Anon
“One of the keys to happiness is a bad memory” – Rita Mae Brown
“Hugs are not measured by quantity : but by quality” – Anon
The only true wisdom is knowing you know little – Socrates

This is not a manual for life, but an excellent reminder of what is essential if you are feeling demotivated, full of doubt or fear or simply having a bad day.• “The Rhythm of the Body, the Melody of the Mind and the Harmony of the Soul create the Symphony of Life” B.K.S. Iyengar In the pursuit of a happy home, a prosperous career and “keeping up with the Joneses” we leave little time to ask ourselves – “Is our life taking us on a scenic journey or down a one-way frustrating street?”

We all have a deep need to achieve meaningful goals, but often fall into the trap of “I will be happy when…” never noticing how much there is to enjoy in the present. The natural beauty that surrounds us; the love of family and friends as well as a sense of gratitude for the ability to earn a living.

Perhaps even more importantly, we may be so focused on an outcome based goal that we neglect to examine how to change our current circumstances so that life is as in tune as a beautiful symphony rather than “Chopsticks” played with one hand on the piano.

Being creatures of habit we find sustainable and effective changes difficult. When the quality of daily life becomes a masterpiece of harmonic balance between our personal values and long term goals, then the effort is most rewarding.

As with any symphony, life will not be all high notes, but when you can view painful experiences as a part of a magnificent whole they seem less traumatic and more a natural part of the ebb and flow of time.
This is a challenge that I encourage anyone less than satisfied with life to take – identify an area in your life that you would like to change. Write down your dislikes and consider the changes needed to enhance the quality of your life and then as Nike say “JUST DO IT”.