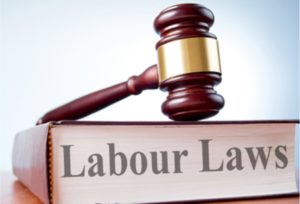 What is conciliation?
Conciliation is a process of bringing the two sides in a dispute together after they have reached a deadlock. ‘Deadlock’ means that after trying to negotiate, they still can’t resolve the problem. In conciliation, an independent third party is used to mediate between the two sides. Under the Labour Relations Act, the moderator is a Commissioner from the CCMA or Bargaining Council.
If there is a Bargaining Council covering the sector that the employer works in the dispute will be referred to the BC, and if there is no BC the dispute must be referred to the Commission for conciliation, mediation and arbitration (CCMA)
At the conciliation meeting, the commissioner meets with the two parties to the dispute to find ways to settle the dispute to everyone’s satisfaction.The employer and employee are free to agree to any solution to settle the dispute at a conciliation meeting. A certificate will be issued by the commissioner at the end of the meeting to say whether the dispute has been settled or not. The commissioner must try to resolve the dispute within 30 days of it being referred to the CCMA or Bargaining Council.
If the conciliation is successful, an agreement is reached which both parties must follow. If either party breaks the agreement, the other party may apply to the Labour Court to have the agreement made into a court order.
Employees may be represented by a co-employee, or a trade union office bearer or officialThe employer can be represented by an employee of the business or by a representative of an employers organisation. Attorneys are not permitted, although it will be to your benefit to consult with a labour lawyer before the CCMA hearing.

What happens if attempts at conciliation are unsuccessful?
If the two parties cannot reach an agreement, or the employer refuses to attend the conciliation meeting, the commissioner will issue a certificate stating that the matter has not been resolved.
Each party can then refer the matter for arbitration at the CCMA or adjudication at the Labour Court depending on the nature of the dispute.

What is arbitration?
Arbitration means the two sides (or parties to the dispute) agree to use a third party to settle a dispute. A third party is someone who is not from the unions or employer’s side. The arbitrator acts as a judge to decide the dispute.
Under the Labour Relations Act, the arbitrator is a commissioner form the CCMA or Bargaining Council. After hearing what both parties have to say, the commissioner can make a ruling that is legally binding and must be accepted as both parties.
If the commissioner decides that the employer was wrong, the commissioner can order the employer to take certain steps or to pay compensation.
Employees can only be represented by a fellow employee, a lawyer where the case does not involve misconduct or incapacity dismissal, union official or union office bearer. Employers can only be represented by a lawyer where the dispute is not a misconduct or incapacity dismissal, an employee of the business, or a representative from an employer’s organisation.
In cases involving dismissal for misconduct or incapacity, lawyers are not allowed unless the commissioner specifically allows this.
Legal Aid will only be granted to an employee in cases where the Labour Relation Act allows for lawyers to be present, and cases where the commissioner specifically allows lawyers.